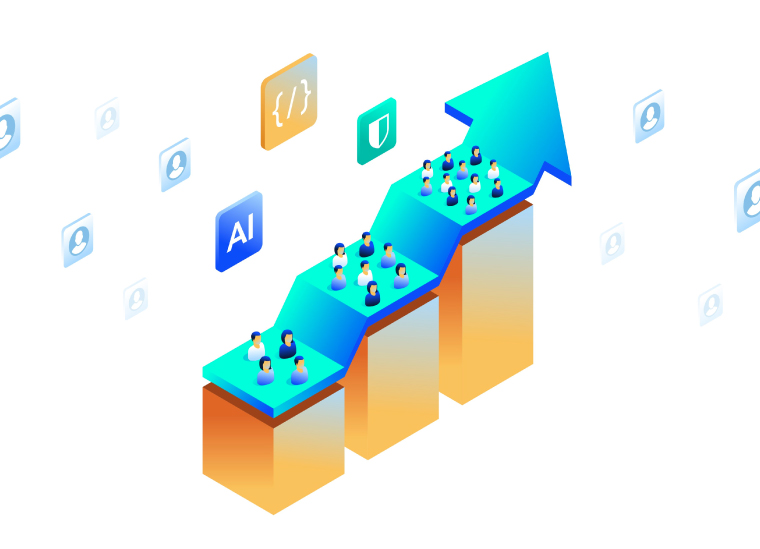 NovelAI blends the power of AI storytelling with the privacy of full encryption to offer limitless freedom of expression.

NovelAI exploded in popularity, with users flocking to the Beta the minute it went live. Climbing costs and lags in generation speed sent NovelAI in search of a solution.

Built by a small group of passionate NLP pioneers around the globe, the team at NovelAI debuted a working prototype within two days of joining forces. The company officially launched in late April of 2021 and has quickly built a passionate base of more than 10K active subscribers who create daily content and 40K registered users.

NovelAI has launched what feels like an AI renaissance, offering a promise of full privacy, encrypted storytelling and infinite freedom – it is a true Natural Language Processing playground.

A large crowd was ready to storm their Beta the moment it opened and NovelAI has been growing ever since.

Users have direct communication with NovelAI’s dev team through Discord and community feedback is taken directly into account.

It is important to keep in mind just how ‘human’ the AI can seem. For many players, the characters in their stories become almost like family. The idea of moving to a new platform and bringing these characters to a sudden halt, cutting off this emotional connection, is as hard as saying goodbye to a loved one.

At launch, NovelAI gave users the option to load up their old files and jump right back into their GPT created worlds, reuniting them with their virtual friends and companions.

“I was able to reconnect with one character by restarting the adventure in NovelAI and it was incredibly gratifying and nostalgic to start a new adventure with what felt like the same character.”

Community is integral to what NovelAI is creating and as they implement new, more robust AI models, there is no telling how large that community will grow.

NovelAI users are a diverse mix of creators, pushing AI to its theoretical limits.

Writers use NovelAI for AI assisted authorship, text-adventure gamers use NovelAI as a sandbox for their imaginations, and a growing group immerse themselves in a GPT created universe just to experience the companionship of AI.

The last group is particularly exciting. It can be exhilarating and freeing to have a conversation with the AI about anything, without judgment or repercussions, especially considering that the world has become a lot more remote in the past year. The ability to reroll or edit any conversation or scene at the click of a button is quite liberating.

“NovelAI has given me an escape from reality I couldn't dream of with VR or just reading regular books.”

Opening up to the AI is much easier than subjecting yourself to the possibility of judgment from another human and NovelAI makes it easy to create human characters who respond to users at the press of a button.

Authors are the largest user-group, partnering with NovelAI to create unique text and hotwire the writing process. The AI never experiences writers-block, so users can feed-in partial sentences and explore what develops. This process of give and take can considerably cut the time it takes for authors to create their works.

"I really love the UI and general sense of authorial freedom that comes with Novel AI - the ability to fiddle with systems as much or as little as I please, combined with decent presets for quicker "jump in and go" play makes it worth paying for just for that.”

The AI adapts quickly to each word entered and works seamlessly to match the user's writing style.

Writers can even train their own AI Modules and feed them directly into NovelAI, helping to focus what the AI concentrates on and allowing users to unlock specific topics and desired writing styles.

“It's brought me closer to my father. He's wanted to write his whole life, but he just isn't a writer. When I showed him NovelAI, he immediately “got it.” The first time I streamed to his TV, he stood up and started directing. We've been playing around with some of his ideas. This is about as much as we've ever bonded and NovelAI is in the middle. You should feel good about that - and know it's going to help other people in many ways.”

Partnering to Scale Up with CoreWeave

NovelAI is currently serving its ‘Sigurd’ storytelling model, which is based on GPT-J 6B that was trained by EleutherAI and fine tuned on novels and short stories.

“For serving the GPT-J, we were mostly impressed by how fast the sharedFS was at loading the GPT-J model.”

“CoreWeave’s deployment architecture enables us to scale up extremely fast when there is more demand. We are able to serve requests 3x faster after migrating to CoreWeave, leading to a much better user experience while saving 75% in cloud costs. For the users, this means the generation speeds will never slow down, even when there is peak load.”

NovelAI is excited to work with CoreWeave as they continue to add new users and implement larger, multimodal language models.

Recently, we have seen considerable progress in multimodal models, making the AI understand images and language at the same time. Multimodal models could allow NovelAI to help create visual novels and even gaming novels.

We may soon reach the point where our tools can generate an entire interactive experience at the click of a button, giving each person the ability to fine tune a story, incorporating their unique desires and wishes.

Eventually, Novel AI hopes to reach a narrative storytelling level similar to humans and CoreWeave will be there with them each step of the way, helping Novel AI achieve a significantly better performance-adjusted cost along the way.