Pushing the Boundaries of AI Powered Art with NightCafe 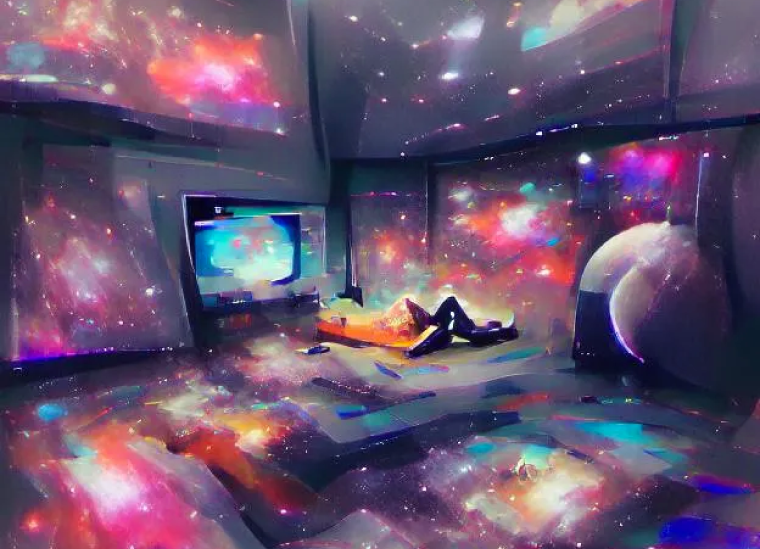 NightCafe harnesses the power of AI to recreate any photo from your collection in the art style, pattern or texture of your choice.

NightCafe was born to provide fresh, personal art for blank walls everywhere. As the company grew and connected with digital and NFT artists, they hit a service wall – with frequent OOM errors, expanding costs and unacceptable lag times.

Since moving to Coreweave, OOM errors are down 100%, lag time is down 80% and costs are down 30% / 60%. Most importantly, according to NightCafe founder, Angus Russell, “Coreweave customer support is an order of magnitude better.”

Introduction: The Artist in Residence

The world has a dinner party to thank for the creation of NightCafe, an app that harnesses the power of AI to recreate any photo from your collection in virtually any art style, pattern or texture you can feed it. When NightCafe founder Angus Russell invited a few friends to his house in Sydney, Australia and one of them commented that his walls looked a little bit bare, he decided to take action.

AI generated art had been around for years, so Angus assumed he’d quickly be able to find a service that could take his favorite family and travel photos and produce cool, attention grabbing art that he could then have printed, delivered and up on his walls in time for the next barbecue.

However, after spending hours looking through online art galleries and not finding anything that seemed personal enough, he was surprised to find that no good option existed.

Unwilling to leave those walls bare or impersonal, Angus set out to build a solution. He did the hard work of finding an Open Source algorithm, getting it up and running on a cloud computer with a GPU, creating a handful of arresting artworks and sending them off to be printed by various online printers so he could inspect the quality first-hand.

After ironing out the process and adding the first four original NightCafe creations to his once bare walls (a render of the Sydney Opera House, a stylized Eiffel Tower from a photo he took in Paris, a Van Gogh version of Buzz Aldrin walking on the moon and a very early, not-very-good render of the Golden Gate bridge in the style of an old oil painting) Angus recognized an opportunity.

He decided to build an interface, make it a business and NightCafe was born.

Initially, finding a perfect platform to run the NightCafe algorithm on was a challenge. With NightCafe’s early platforms, out-of-memory errors were common and customers would often click “Create” only to wait 15-minutes and receive an “Error” message.

One of the original platforms also experienced an outage that rendered NightCafe unavailable for two whole weeks. During that time, Angus fielded loads of messages from unhappy customers who’s creations continuously failed. Undoubtedly, everyone who tried NightCafe Creator for the first time during those two weeks never returned and others who may have been regular users gave up and switched to a different service – creating a huge speed bump to NightCafe’s growth.

An Order of Magnitude Better

CoreWeave’s incredible client support also means that when questions do arise, clients of all sizes receive prompt and thoughtful replies.

From the jump, CoreWeave's support team worked closely with Angus to ensure that he was setting up his workloads the right way on the Kubernetes-native infrastructure. This dramatically shortened the learning curve, helping Angus to "go live" much faster with the confidence that NightCafe's inference service would run at maximum efficiency.

After going live, the CoreWeave Support team helped optimize workloads and ensure that Angus and his team achieved the best possible performance-adjusted cost on CoreWeave Cloud. This gave them the confidence to scale NightCafe without having to worry about cost.

“The support from CoreWeave is an order of magnitude better,” says Angus, “I’ve been blown away by the responsiveness, allowing us to get the most out of their infrastructure.”

Create Without the Wait

In addition to fewer errors with CoreWeave, customers also experience dramatically improved creation times. On NightCafe’s previous platforms, customers had to wait fifteen minutes for the average high resolution image to render. Because of the lag, Angus found customer retention sagging. In the fifteen minutes it took an image to load, customers were moving on to other projects and never coming back.

On CoreWeave, that same image takes only three minutes to render. “This is good for customers because they’re still likely to be in the same headspace as when they clicked ‘Create’,” says Angus.

The results have been incredibly positive for NightCafe. User retention is up and the improved render speeds save a considerable amount of money in the process.

“With my previous platform, I couldn't choose the hardware – I was locked into a Tesla K80,” says Angus. Previous platforms were also two times slower and almost twice as expensive per minute as CoreWeave. For NightCafe, this ultimately meant 60% more for the previous cost of each artwork created with the app. Currently, with 20,000 creations per month and growing, NightCafe has already achieved substantial savings with CoreWeave.

“With CoreWeave, I’m less worried about the service scaling up if we do a big marketing campaign or get mentioned by a big influencer,” says Angus, “NightCafe has a ‘bulk create’ feature, and one user recently used it to make 500 creations at once. My Coreweave deployment scaled up to 250 pods, finished all the creations within 10 minutes, and scaled back down to zero. That has given me a lot of confidence and in turn means we can think bigger with our marketing efforts.”

CoreWeave’s infrastructure gives companies like NightCafe the confidence they need to think bigger with marketing and growth tactics, easily auto-scaling to meet the demand of even the biggest marketing campaigns.

From Cave to Computer

NightCafe is one cool, new tool in an artist’s tool belt. Digital artists like Anne Spalter regularly use NightCafe to enhance their NFTs before selling them on peer-to-peer marketplaces like OpenSea. Other artists generate NightCafe designs to use for inspiration in their physical art.

A healthy subset of users interact with NightCafe as a form of therapy. For them, the suspense of generating a completely new creation and watching the results materialize in real time is a form of stress and anxiety relief.

Of course users, including a handful of Angus’ friends, harness the power of NightCafe to create customized portraits of their beloved pets to hang in their homes.

As it turns out, Angus’ initial idea for the business – customers printing personalized art for their walls – is the least common use for the app!

From cave to computer, humans have always loved creating art. In their own special way, Angus and NightCafe are pushing the boundaries of art as we know and experience it, inspiring people around the world to tap their creative energy – and CoreWeave is with them every step of the way.

For more information about NightCafe and to create your own masterpiece, please visit https://creator.nightcafe.studio.