How Molecule VFX Accelerated their VFX Pipeline with CoreWeave 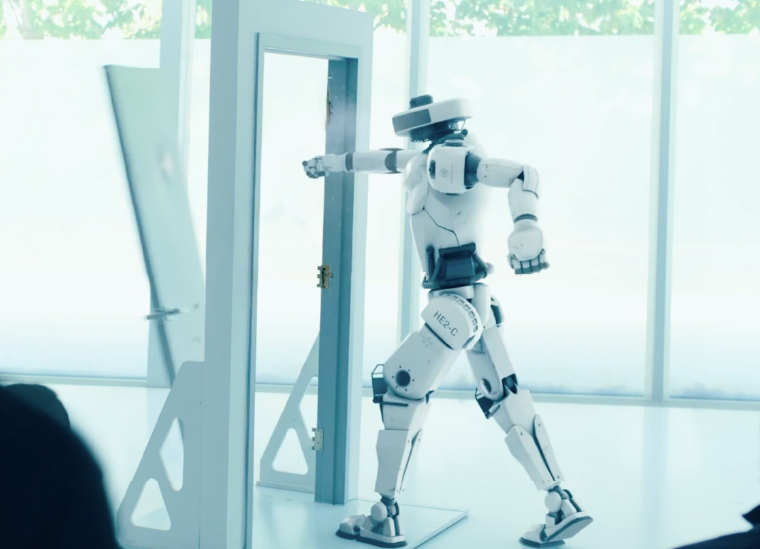 From On-Prem to On-the-Go: How Molecule VFX Moved Their Entire Production Pipeline to the Cloud with CoreWeave

Like many studios, the sudden shift to a primarily remote workforce in 2020 presented New York-based studio Molecule VFX with a challenge. With their team of artists now spread across the country, working from home, how could they give them the computing power they needed to produce high-quality work in a timely manner?

What was it like making the leap from on-premise to on-the-go? Read on to find out.

Bly attributes the studio’s success to one of their guiding principles: “What got us here won’t get us there.” They’re always looking for ways to make their work better and push the envelope further. “From day one, we knew we would only ever be as good as the last frame we delivered,” says Bly. “We’re always paying attention to future trends in how our clients work so that we can adapt to best serve them.”

The Problem: Adapting Towards Remote-First

2020 brought a rapid change to the workforce, and Molecule VFX was no exception. While most remote workers can rely on a laptop and a stable internet connection, Molecule VFX’s robust team of 50 VFX designers not only require powerful GPUs to render their projects, but also large amounts of storage and lightning quick access to these heavy files.

In their physical office, that infrastructure was built on a complex pipeline that required careful management and frequent, expensive investments. Their offices in both New York and Los Angeles maintained server rooms, to which all workstations at the office were connected, handling all their storage and render needs on-premise, whereby the pipeline was managed independently at each respective location.

Even before the coronavirus pandemic forced their team to switch to a remote model, their tech team had begun to explore cloud options that would give them more flexibility. “We’ve always known it was coming to this place but the ISP bandwidths available at the time simply weren’t enough to handle the amount of data we push around on fast schedules,” he explains. “For many years we worked with what was available and also had a plan for what we would do when the tech got to a level of unlocking the possibility of each next stage.”

By 2019, Molecule VFX was already doing a majority of their CG renders offsite—meaning that even when COVID-19 hit, they didn’t have a single day of down time. But the prospect of managing a remote team over a long period of time meant they needed to make major updates to their technological capabilities. In order for their artists to truly be successful, they need to be able to review their work with very little compression and playback lag.

Could a Cloud Solution Really Handle Their Day-to-Day Needs?

Initially, Bly approached cloud solutions with a healthy dose of skepticism. Building out their on-premise pipeline had cost a lot of money, time, and effort. “Even with all the planning that we’ve done over the years, it’s still nerve wracking to take our server room which we would physically see and have access to and turn that over to someone else.”

Essentially, it was a matter of trust.

Moving an entire tech pipeline into the cloud can be an intimidating process for even the most experienced tech managers, and finding the right partner is vital to a successful migration.

Then there was the tremendous start-up cost associated with moving their files to the cloud. Massive amounts of data would need to be transferred—something that does not come cheap with big name providers. Plus, with the amount of capital already invested in on-premise hardware, these start-up costs were even harder to justify. Moving everything to the cloud at once essentially meant scrapping these investments much earlier than expected.

Then there are the multitude of international render farms, which may offer more specialized hardware, but with questionable reliability. Many of these providers are more focused on serving hobbyists and freelancers—not sophisticated VFX studios.

What Molecule VFX needed was a partner who understood their technological needs, could provide it for a reasonable cost, with flexible options for expansion and top-notch customer service - a specialized cloud provider that was customized specifically for the VFX industry.

As you might expect, Molecule VFX’s transition into a full cloud infrastructure didn’t happen overnight. The studio’s investment in on-premise infrastructure represented a major capital expense that could not responsibly be written off overnight. They needed a solution that would allow them to continue to use these investments while also future-proofing the firm for the next round of technology upgrades.

This is where their relationship with CoreWeave really was able to shine.

“What Molecule VFX really needed, and what we at CoreWeave could provide, is the ability to scale up or down instantaneously,” says Brian Venturo, Chief Technology Officer at CoreWeave. “This allows their team to spin up more computing power when it’s needed, or even use their on-premise infrastructure in conjunction with our cloud technology. This immediately increased their artists productivity and efficiency while also removing their need to purchase new hardware.”

When they moved their tech pipeline to CoreWeave, Molecule VFX was still able to utilize their on-premise infrastructure as a back-up. “After moving to CoreWeave, we switched to having the cloud be our active drive and we do 100% of our rendering in the cloud now,” explains Bly. “We took 2D compositing via Nuke, which is 80% of our business, and moved it to the cloud. Now our New York server is our backup instead of our active drive.”

The flexibility offered by CoreWeave means that Molecule VFX can spin up new instances instantly, making onboarding freelancers a snap. With just a few clicks, tech managers can create a virtual workstation for an artist, featuring all the software and tools they need to do their job. CoreWeave’s integration with Deadline for render queue management created another efficiency for the team that is often overlooked in the technology discussion—they were no longer having to train freelancers or new employees on proprietary render management systems.

Much like the visual effects Molecule VFX creates for movies and TV shows, CoreWeave was making the complex look effortless.

CoreWeave provides Molecule VFX with a number of hardware options to meet the different needs of their artists. Artists can choose between the industry's broadest range of GPUs & system configurations, including systems with Quadro RTX 4000/5000/6000 GPUs and the newest NVIDIA RTX A6000.

By pairing the NVIDIA Quadro RTX and RTX A6000 GPUs with PCoIP technology from Teradici, artists get access to ultra-low latency, high powered Virtual Workstations that allow them to work at “human-speed.” Virtual Workstations are delivered via the CoreWeave Cloud platform, leveraging the open-source project kubevirt to schedule and manage virtualized workloads from within Kubernetes. This provides Molecule VFX with a single control plane solution for their entire production pipeline, and allows them to leverage the auto-scaling features of Kubernetes to reduce the number of day-to-day DevOps requests in serving their artists.

Designers at Molecule VFX can now turn their standard laptops into high-powered machines, on-demand, to do all the heavy lifting they were used to in the office, but from anywhere in the world.

Besides being a more flexible option, CoreWeave’s GPU capabilities allow Molecule VFX to render scenes in a fraction of the time compared to on-premise machines. And when you’re working under tight deadlines from Hollywood studios, speed counts.

“Faster render times mean that we can create more iterations of a scene, which helps us push the creativity and final quality of each shot,” says Bly. “It also means faster turnaround times between feedback rounds, which creates less stress for our artists.”

Small changes to scenes can result in big changes to render needs, something that can be quite time-consuming with a traditional render pipeline. “It’s hard enough to take the written words in a movie script and figure out how many artist days you’ll need to hit the director's vision,” says Bly. “Nowhere in there are we anticipating precise render times.”

This also means artists can spend more time doing what they do best—creating. They’re no longer tied up with managing renders and waiting for a scene to finish before moving on to the next task. They’re free to create, and Bly and the rest of Molecule VFX team have noticed a big boost to productivity.

By reducing the time needed to render scenes, artists can focus on fine-tuning their work to perfection. It also allows the team to make last-minute changes for clients without delaying demanding production schedules. Overall, it means Molecule VFX can be a better partner for their clients, while putting less stress on their team.

Of course, transitioning to a cloud-based infrastructure is a moot point if it doesn’t make sense for the bottom line. Moving the production pipeline to the cloud usually involves significant costs for rendering capability and storage. Compared to other big-name cloud providers, CoreWeave is able to offer rendering capability and Virtual Work Stations for a fraction of the typical cost.

“CoreWeave Cloud is accessed on-demand, and is designed to be the most efficient cloud infrastructure on the market. Our pricing stays true to that goal,” says CoreWeave’s Venturo. “Clients routinely find CoreWeave to be 50-80% less expensive than competing clouds due to 3 reasons: first, we offer the best on-demand pricing on the market and don’t upcharge peripheral services like bandwidth. Second, we build solutions - like the industry’s fastest autoscaling - to help our clients access compute faster so they only pay for what they use. Third, we take a lot of pride in working closely with our clients to help them optimize their infrastructure for the best possible performance adjusted cost.”

Much like faster render times, these predictable costs mean Molecule VFX can create more iterations of scenes without worrying about inflating costs. It’s also allowed them to significantly reduce the start-up costs associated with moving their infrastructure to the cloud. Moving their full pipeline meant transferring hundreds of terabytes of data from on-premise to the cloud, something that would be cost-prohibitive with typical providers.

Moving their entire pipeline to CoreWeave means they’ve centralized their tech infrastructure, eliminating redundant systems, wasteful inefficiencies, and minimizing risk of failure. It also makes collaboration across the team significantly easier. A huge challenge presented by the sudden shift to remote work was trying to empower the same level of teamwork Molecule VFX could achieve in-person, but across a distributed, bi-coastal workforce. With a centralized tech pipeline, this was much easier to achieve.

It also makes their systems considerably more secure. Through CoreWeave, tech managers can easily assign and partition data access to only the parties that need it, as well as what can come on and off the servers. This means no longer having to worry about someone walking out of the office with a USB drive full of sensitive information.

An Extension of Their Team

While technological firepower is great, what really made CoreWeave stand-out for Molecule VFX was the human element—the fact that they had a team of engineers ready to help and support their team whenever they needed it.

In many ways, Molecule VFX considers CoreWeave’s engineering team to be an extension of their own. With near-real-time collaboration, this partnership has allowed their teams to integrate, iterate, and launch a cloud-based solution quickly and efficiently.

“We can tackle projects that in the past our hardware never could have handled,” says Bly. “Now our team can truly showcase their talents without being held back from the tech we have in place.”

Watch our Co-founder and CTO Brian Venturo and Molecule VFX's CEO Andrew Bly at this year's NVIDIA GTC 2021 Summit where they discussed how Molecule VFX moved their entire production pipeline to the cloud to help them adapt as a remote-first company. Watch the recording here.